FREEDOM PRESS BUREAU
Lucknow, Nov 6: The All India Muslim Personal Law Board (AIMPLB) has said that a section of media was involved in ‘rabble-rousing and propaganda’ while reporting on the Ayodhya dispute which is sub-judice in the Supreme Court.

In a statement issued here, the AIMPLB said: “A large section of the press, mainly electronic media, is involved in rabble-rousing and propaganda. Such coverage may help in spreading hatred and animosity among the citizens of the country.”

It said that except for some quarters of the press who have been fair, a very large section of media has started reporting the Ayodhya case in a manner that violated the basic principle of neutrality in reporting.

The Board urged the media to stick to the advisory issued by the News Broadcasting Standards Association (NBSA) regarding the coverage of the Ram Janambhoomi-Babri Masjid land dispute.

“A matter which is pending before the Supreme Court must be reported in the press from a legal point of view without any adjective, personal opinion, prejudice, bias or emotional narrative in the garb of freedom of the press,” the statement said.

The Supreme Court is expected to deliver its judgment in the Ayodhya land dispute case in the next 10 days.

The court held a day-to-day hearing for 40 days on a batch of petitions challenging Allahabad High Court’s order trifurcating the 2.77 acres of the disputed land at Ayodhya into three equal parts to Ram Lalla, Sunni Waqf Board and Nirmohi Akhara.

Why two laws in country with one Constitution: Pilot 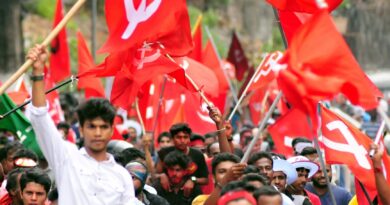