“(What happened) in my country is deplorable. The president fooled a lot of people that he was going to change all this and now we are worse than before. What (Mauricio) Macri is doing is the worst in Argentina’s history. It is a horror to go out on the field, there are robberies everywhere, but this is the change people voted for,” Maradona said in a press conference late Saturday.

Maradona said he was appalled at what happened in the vicinity of River’s El Monumental stadium, in the Belgrano district of the capital, where River supporters attacked a bus carrying Juniors players, reports Efe news.

“It was on my mind throughout the day. I hate violence, and what does it matter to Macri? He has been the son of millionaires all his life. What does it matter to him if a five-year-old child in Lomas Zamora eats or not?” he asked referring to a suburb of Buenos Aires.

Maradona was speaking after the semifinals of the Apertura tournament of the second-tier Liga Ascenso of Mexico, in which his team Dorados de Sinaloa progressed on a 2-1 aggregate despite losing the second leg 0-1 to FC Juarez.

At least 29 people were arrested on Saturday in the Argentine capital for violence ahead of the Copa Libertadores final, which led to the game being rescheduled.

A bus carrying Boca Juniors players came under attack by River Plate fans in the Belgrano neighbourhood and objects thrown by supporters shattered the vehicle’s windows. Police responded by using pepper spray to disperse the crowds, but some of the Boca players were injured, according to team executives. 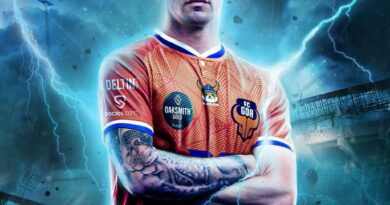