Madrid, Nov 29 (IANS) Real Madrid coach Zinedine Zidane had praise for Gareth Bale as the Welshman returned to action after two months out through injury.

Bale came into the King’s Cup game at home on Tuesday night to third tier side Fuenlabrada with Madrid trailing 1-0 and his first act was to set up Borja Mayoral for the equalizing goal, reports Xinhua news agency.

Mayoral then put Madrid 2-1 ahead on the night although the visitors stunned the fans in the Santiago Bernabeu with an 89th minute equalizer.

Although that goal was not enough to knock Madrid, who had won the first leg 2-0 thanks to two penalties, out of the competition, it again highlighted their poor current domestic form, while Zidane preferred to look at the positives.

“We are in the next round, full stop,” he said after the game, “I am very happy that Bale is back in action, along with Keylor (Navas) and (Mateo) Kovacic. We have got through the round and that is what we were looking for.”

He defended returning goalkeeper Navas over the first Fuenlabrada goal, which was a shot that entered in the middle of the goal.

“I thought he played well and I don’t think he could have done much more in the goal,” said Zidane.

“People are always demanding of Madrid, there were players today who have not played much football and they noticed that, but I am happy and especially happy with the second half,” he insisted.

Tuesday also saw Leganes, Celta Vigo and Levante book their places in the next round, while second division Numancia produced a minor surprise by knocking out struggling Malaga 3-2 on aggregate. 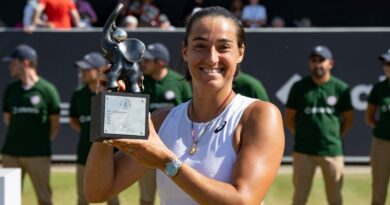